Welcome, to the first annual Moore Review Awards… or “The Brady’s” for short. There are tons of award shows out there, but few manage to encapsulate all of the film genres and show appreciation for the movie going public who can find enjoyment with the mindless action film as well as the thought provoking Oscar bate. That is what the Brady’s are for. Good performances don’t just come in dramas or period pieces, and my awards highlight all of the movies that make us laugh, cry, and sit on the edge of our seats. Quick side note before we get into the awards, films up for nomination had to have been released in 2016 (even if limited) to be considered. Also, as this is a recap of all of the films of last year, there is a SPOILER WARNING for this article. Now, without further ado… enjoy the first annual Moore Review Awards and feel free to comment and share.

Bronze: Zack Efron (Mike & Dave Need Wedding Dates) – Efron is quickly becoming one of the best actors at comedic performances, and he managed to steal the show in this offbeat comedy.

Silver: Alan Tudyk (Rogue One: A Star Wars Story) – The unfiltered droid, K2-SO,provided some of the best comic relief in the franchise’s history

Winner: Ryan Reynolds (Deadpool) – C’mon. Was there any doubt? Deadpool was one of the best movies of 2016 mainly because it simply let Ryan Reynolds be Ryan Reynolds. And that’s almost always hilarious. 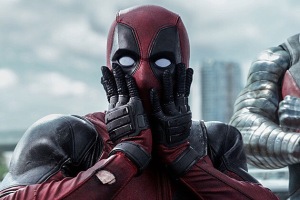 Bronze: Rogue One: A Star Wars Story – If the newer Star Wars films have taught us anything, it’s that for this franchise, practical effects work better than CGI.

Winner: Doctor Strange – It wasn’t just cool CGI, but the use of it that made this film look mesmerizing. The added 3D effect really helped bring the psychedelic world to life like nothing we’d ever seen in a superhero film.

Other nominees: Assassin’s Creed, Kubo & The Two Strings, Fantastic Beast and Where to Find Them

Silver: Suicide Squad – the plot may have been a mess, but the soundtrack was a perfect combination of old hits and new music that captured the essence of the ragtag characters.

Winner: La La Land – Old Hollywood musical meets new school Jazz. Even without seasoned vocalists, the music in this film was captivating from start to finish. 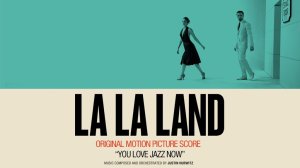 Other nominees: Sing, Fantastic Beasts and Where to Find Them, Kubo & The Two Strings

Bronze: The Spanish Inquisition Chase Scene (Assassin’s Creed) – Not a lot to love about this movie, but the parkour chase/fight sequences were exhilarating.

Silver: Darth Vader fight scene (Rogue One: A Star Wars Story) – In a matter of seconds, we got to see why Darth Vader is one of the most menacing villains in pop culture.

Winner: The Airport fight scene (Captain America: Civil War) – The most awesome scene in the history of comic book films. So many heroes doing so many cool things!

Bronze: Janelle Monae (Hidden Figures) – The songstress played Mary Jackson with lovable spunk and a headstrong vigor that made her the woman you’d want to fall in love with.

Silver: Noami Harris (Moonlight) – While the drug addict mother is a bit of a cliché character, Harris played the role with gut wrenching intensity. 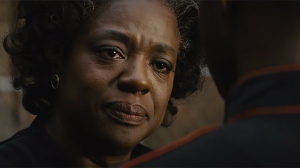 Bronze: Robert Downey Jr. (Captain America: Civil War) – RDJ gave his best performance as Tony Stark yet, as a conflicted hero whose sense of retribution pit him against his closest friends.

Silver: John Goodman (10 Cloverfield Lane) – Goodman’s creepy performance was what made the simplistic film so suspenseful.

Winner: Mahershala Ali (Moonlight) – An up-incoming actor who played the mentor role with perfection. The biggest flaw with Moonlight is that he isn’t in it enough.

Bronze: Captain America: Civil War – While it was a watered down version of the comic mini-series, the film succeeded in giving a ton of a heroes reason to be onscreen together and come into conflict with each other.

Winner: Deadpool – No comic film has been adapted as perfectly as this film was. They kept the violence, humor, and fourth wall breaks intact without compromising the endearment of the characters. 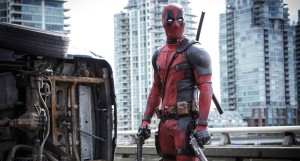 Other nominees: Fences, Doctor Strange, Fantastic Beasts and Where to Find Them

Bronze: Ryan Reynolds & Morena Baccarin (Deadpool) – Even with all of the violence and humor, the chemistry between these two is what gave the film its heart.

Silver: Multiple actors who played Black & Kevin (Moonlight) – Same sex relationships are rarely shown on screen, even fewer between men. This film’s portrayal of such a relationship was both groundbreaking and emotionally captivating.

Bronze: Kristin Wiig, Kate McKinnon, Melissa McCarthy, Leslie Jones (Ghostbusters) – Despite the unfair comparisons to their male predecessors, this group of female comedians had a fun dynamic onscreen and each had a moment to shine.

Silver: Team Cap (Captain America: Civil War) – Unlike Team Iron Man, this team was cohesive and got a surprising MVP performance from Ant-Man.

Winner: The Rebels (Rogue One: A Star Wars Story) – This team provided a great blend of different characters from noble Chirrut Inwe to snarky K2-SO. Despite their wide range of personalities, they all had a likable trait and they meshed beautifully in accomplishing their ill-fated mission. 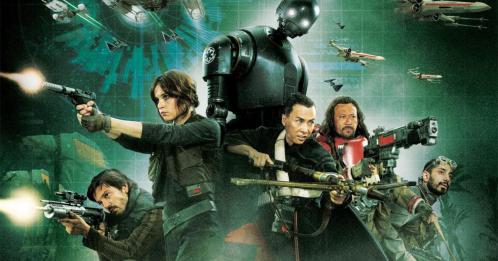 Bronze: Oscar Isaac (X-Men: Apocalypse) – Sure, the Apocalypse character was a bit too cliché megalomaniac. But Isaac brought great charisma and a deviously regal aura to the role.

Silver: Stephen Lang (Don’t Breathe) – Creepy, intimidating, and arguably not a villain. Lang’s eerie blind man made this suspense thriller a must see.

Winner: John Goodman (10 Cloverfield Lane) – Goodman’s character might’ve been the only one creepier than the Blind Man. The fact that this murderous, kidnapping, conspiracy theorist turned out to be less crazy than we thought just makes the character even more frightening.

Bronze: La La Land – An endearing idea of molding classic Hollywood musicals with modern jazz as the backdrop to a love story where both characters  are struggling to follow their dreams.

Silver: Moonlight – It’s often amazing how few films there are about same sex relationships. Combining that concept with the element of a character’s childhood, adolescents, and adulthood help add to the splendor of this thought provoking film.

Winner: 10 Cloverfield Lane – Making a movie where virtually all of the scenes take place in two rooms between three characters isn’t easy, but to make one as suspenseful as this one is a testament to a sensational script.

Silver: Finding Dory – A sequel as good or better than its predecessor. This movie gave us a tear jerking story and a host of wonderful new characters to go along with the ones we loved from Finding Nemo. 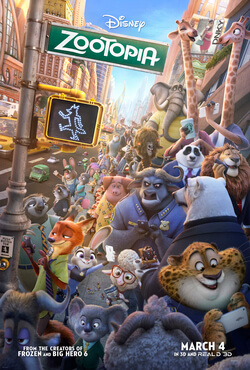 Other nominees – Sing, Moana, The Secret Life of Pets

Bronze: Denis Villenueve (Arrival) – Breathtaking cinematography and brilliant non-linear framing helped make this thinking man’s sci-fi film into one of the most beautiful film’s of the year.

Winner: Damien Chazelle (La La Land) – There were so many memorable scenes that stand out in this film. The musical numbers were sensational and the ending montage was the cherry on top of a well crafted, enjoyable film from beginning to end. 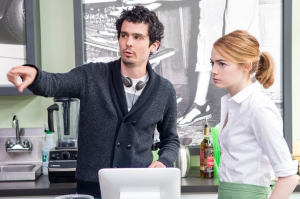 Bronze: Emma Stone (La La Land) – Stone’s performance was both charming and soulful and had audiences rooting for the struggling actress from her first audition.

Silver: Taraji P. Henson (Hidden Figures) – The sensational depths of her performance as Katherine Johnson can be  summed up in her powerful monologue after having to run in the rain to the ‘colored’ restroom.

Winner: Amy Adams (Arrival) – A movie with such a somber tone has to have a solid leading lady to keep things flowing. Adams is both clever, headstrong and endearingly vulnerable in her performance as Louise Banks. 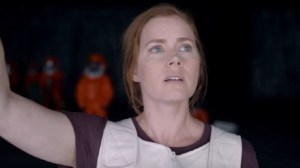 Bronze: Ashton Sanders (Moonlight) – All of the people who played Chiron were great, but Sanders’ performance as the teenage boy struggling with his sexuality was easily the most incredible. Sanders’ portrayal helped illustrate the boy’s transition from meager bullied kid into a tough and relentless man.

Silver: Denzel Washington (Fences) – Denzel will always deliver. In Fences he had one gripping monologue after another and helped carry a narrative that might’ve dragged without his (and Viola Davis’) performance.

Winner: Ryan Gosling (La La Land) – Sauve, charismatic, and intensely soulful. Gosling made the character of Sebastian easily the most fun and likable character on screen in 2016. He also gets extra credit for actually learning how to tap dance and play the piano for the role. 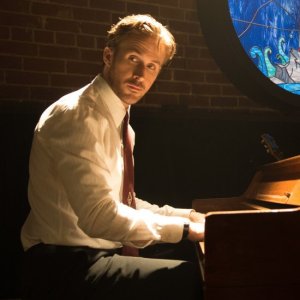 Bronze: Deadpool – Making a unique superhero film in this day and age is not easy. And yet, Deadpool manages to be a satire of the genre while also providing intense action and a charming romantic subplot.

Silver: Zootopia – Pertinent to the point that it should be required viewing in schools, Disney’s masterpiece also manages to be heartwarming and incredibly funny for a film with such a thought provoking subject matter.

Winner: La La Land – Fun, beautifully filmed, smart, soulful, and lead by two actors with infectious charm this musical reminded us of what was so wonderful about old school Hollywood filmmaking.

There you have it ladies and gents. The first annual MooreReview.com Awards is in the books. Thanks for reading and I look forward to 2017’s nominees. Please like/share and feel free to comment who you think the winners should’ve been. As for the 2016 Academy Awards, expect films like La La Land, Moonlight, and Fences to rack up.