There are a couple of movies that have come out recently that are worth checking out (The Accountant, Kevin Hart: What Now?) and one you should wait for on Red Box or not see at all (Keeping up with the Joneses). Here are some quick thoughts for the film critic and critic reader on the go. 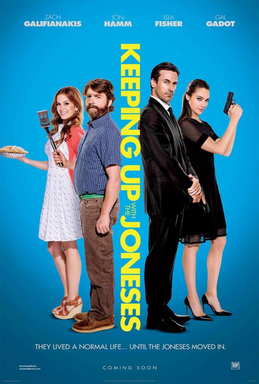 KEEPING UP WITH THE JONESES At one point in the movie, during a neighborhood barbecue, Zach Galifianakis’ character hands Jon Hamm’s character a beer bottle. Hamm’s undercover secret agent uses his wedding band to suavely open the bottle with ease. When Galifianakis’ wholesome character tries to imitate, he ends up turning his hand into a bloody mess. There. That’s the only time I did anything more than a light chuckle while watching this movie.

There are other slightly humorous moments. Most of them are from the trailers and the rest you’ll forget as soon as you walk out of the theater. Keeping Up with Joneses,  a movie about a boring couple (Galifianakis and Isla Fisher) who get caught up in a generic spy flick with their undercover neighbors (Hamm and Wonder Woman), is as bland as can be. It almost feels like a Saturday Night Live parody of something more interesting. The plot has no twists or unexpected turns making it feel like something written in a day and even the action is less inspiring than Kevin Hart’s lousy Ride Along movies. FINAL GRADE: D- 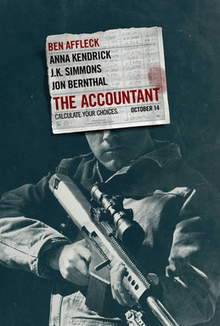 THE ACCOUNTANT Batman… I mean Ben Affleck, stars as Christian Wolff, a high functioning autistic who is an accountant by day and a highly skilled vigilante by night. When auditing a tech company lands him in the crosshairs of a dangerous assassin (Jon Bernthal), he and a middling company accountant (Anna Kendrick) must go on the run. Also on his trail are two government agents (J.K. Simmons and Cynthia Addai-Robinson) who are coming close to uncovering his secrets.

The film is fun and entertaining until its final act, when it goes from thriller to predictable B-movie. Twists can be seen a mile away and the moment meant to be the biggest reveal (at the very end) seems too farfetched even more than the idea of an autistic superspy. But overall, the movie is exciting and filled with a likable central cast, headlined by Affleck’s admirable performance. The action is also as thrilling as a Jason Bourne movie. FINAL GRADE: B 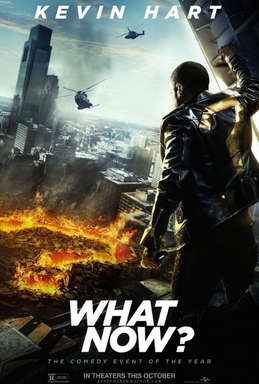 KEVIN HART: WHAT NOW? Kevin Hart hasn’t made too many memorable movies, but his stand up specials are always laugh out loud funny. Hart returns to his niche with his latest stand up special taped at Philadelphia’s Lincoln Financial Field. Complete with more bells and whistles than any stand up show should have, Hart navigates through hilarious stories about his family and newfound mega stardom.

The film opens up with a James Bond spoof where Hart works with Halle Berry to secure funds for his global tour. This part serves only to make the movie worthy of a feature length film, but it is just as funny as the stand up. Several actors make cameos and it actually made me wonder why Hart’s narrative films often aren’t as enjoyable. Some jokes aren’t as fresh as those from his older specials, and the repetitive need to create quotables is a bit too obvious, but nonetheless What Now? manages to have enough gut busting laughs to exemplify why he’s the current king of comedy. FINAL GRADE: B+