In honor of the release of Batman: The Killing Joke, and also in honor of my excitement for Suicide Squad and love for Batman in general, I’ve compiled a list of ten exceptional animated Batman films to check out if you haven’t seen them already. No hero has been put on the big screen as often as Batman and yet, some of the hero’s greatest adventures on film are ones that aren’t live action. So here is a list of movies to indulge in if you are a new or casual fan of the Dark Knight.

Set in the same universe as Christopher Nolan’s critically acclaimed Dark Knight trilogy, this movie is actually a set of short films created by the minds behind the Animatrix. While every story isn’t great, each one is done in a beautifully unique style of Japanese animation.

Best Moment: It’s hard to choose which short film is the best, but the opening act is a fun story involving a set of teenagers who encounter the Batman and each have a very wrong, but very interesting take on what the hero is like.

The plot centers around immortal villain Vandal Savage, who with the help of some of the Justice League’s arch nemeses, breaks into the Batcave and steals Batman’s secret files on how to defeat each member of the League should they ever go rogue. While it isn’t a Batman movie per se, Justice League Doom highlights Batman’s relatively tumultuous relationship with the rest of the Justice League (Superman, Wonder Woman, Green Lantern, Martian Manhunter, The Flash, and Cyborg). 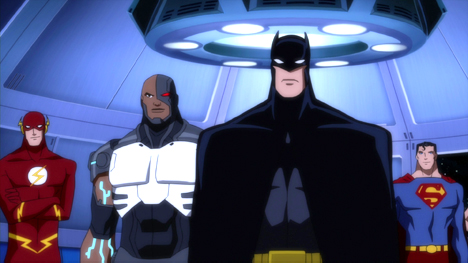 Best Moments: At the film’s conclusion, the Justice League meets to vote whether Batman deserves to stay a member. Before anyone can even cast a vote, the unapologetic Dark Knight voluntarily resigns.

I was a quasi fan of the animated series Batman Beyond. The show was weighed down by new Batman Terry McGinnes’ mediocre turn as the Dark Knight. But this film finally highlights the unique character while also bringing back Mark Hamill’s iconic Joker from the 1990’s animated series. With a bit of a mystery that also features flashbacks to the old animated series, this dark story is captivating even if you were never a fan of Batman Beyond.

Best Moment: New Gotham commissioner and former Batgirl, Barbara Gordon, reluctantly tells Terry about the dark night (no pun intended) when Tim Drake/Robin was kidnapped and tortured by the Joker and Harley Quinn.

Not so much a Batman film as it is an animated Suicide Squad movie, this film features the team of villains (including soon to be household names Deadshot, Harley Quinn, and Captain Boomerang) as they break into Arkham Asylum, under the direction of shady government agent Amanda Waller, to recover an item stolen by The Riddler. Meanwhile Batman searches for a bomb placed somewhere in Gotham by the Joker. If you want a taste of the Suicide Squad, and are a fan of the Arkham Asylum video games, then this movie is perfect for you.

Best Moment: Brief Suicide Squad member KG Beast tests Amanda Waller’s patience after she tells them that she’ll kill them if they disobey. There are so many to choose from, but this one is certainly the funniest.

The first film to introduce Damien Wayne, the son of Batman and grandson to villain Ra’s Al Guhl. Batman takes his vengeful and violent estranged son under his wing as Robin and attempts to track down the assassin Deathstroke. Damien is a great character and the element of Bruce Wayne having a dangerous offspring to mold into a hero drives this fantastic story.

Best Moment: Damien goes on his vengeful quest to kill Deathstroke despite his father’s wishes, only to be interrupted by Nightwing, Batman’s first sidekick.

An offshoot of Batman: The Animated Series, this movie is what Joel Schumacher’s panned Batman & Robin movie should’ve been. Telling the tragic story of Victor Fries, this well animated film features Batman and Robin’s emotional mission to rescue Batgirl as Mr. Freeze prepares to kill her in hopes of reviving his terminally ill wife.

The movie introduces the Court of Owls, a deadly ancient society of rich Gotham elites (and the best thing to come from DC Comics’ New 52), as their lead assassin Talon, attempts to sway Damien to leave Batman and join them.  A direct sequel to Son of Batman, this movie continues the development of the captivating, morally ambiguous Damien Wayne character.

This one is a little lengthy and is actually split into two DVD’s, but it brings Frank Miller’s iconic graphic novel to life like no other. An old, rusty Batman comes out of retirement to battle the Joker and a new gang that is taking over Gotham. When his antics get out of hand, the President of the United States sends Superman to shut him down. If you’re wondering where Batman vs. Superman: Dawn of Justice got the inspiration to pit the two iconic heroes against each other, it’s right here. The movie also features Carrie Kelly, the first female Robin. 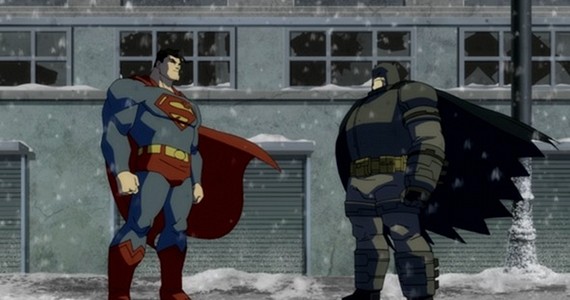 Best Moment: With an armored suit, a carefully crafted dose of Kryptonite, and a little help from Green Arrow and Robin, Batman goes up against The Man of Steel in a much better skirmish than what we got earlier this year.

The first theatrical animated film featuring the minds behind Batman: The Animated Series is a beauty. Form it’s animation to its writing, it features everything there is to love about the character and his world. When the mysterious Phantasm begins killing off mobsters, the Joker is hired to kill off this new masked vigilante. Batman must stop both of them, while also coming to terms with the return of his ex-fiancé, a woman he actually intended on giving up crime fighting to marry.

Best Moment: The day after proposing to Andrea Bouemont, Bruce Wayne receives a letter from her, breaking off their engagement. Heartbroken and with nothing else to keep him happy, Bruce Wayne officially becomes the Batman.

The movie tells the story of Jason Todd, the second Robin, who is kidnapped and murdered by The Joker. After mysteriously returning from the grave, Todd returns as the vigilante Red Hood and goes on a murderous path that brings him to blows with his old mentor. Mask of the Phantasm could easily be #1, but after careful contemplation, no animated Batman film is filled with as much action and emotion as this one. John Dimaggio channels his inner Heath Ledger as The Joker, and the film features a fun dynamic between Batman and his first partner, Nightwing, voiced perfectly by Neil Patrick Harris. 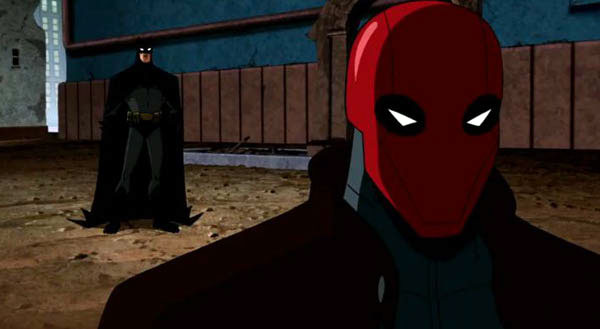 Best Moment: The climactic fight between Batman and his old partner that culminates in Jason Todd finally breaking down about why he resents, but still loves his old mentor.