It’s 2014 and a new year means new movies to look forward to. Here are 14 movies that I’ll be anticipating (for better or worse) and that you should mark your calendars for this year!

The film has an interesting premise centering around an Artificial Intelligence researcher having his mind infused with sentient technology. But the cast and the fact that the movie is being produced by Christopher Nolan is what draws my interest.

Part 3 seemed like a decent enough end to the trilogy, but for some reason Michael Bay refuses to let the series die. I can’t help but be interested to see how he’ll keep this movie from being the worst of the bunch, especially without lead actor Shia Labeouf. Here’s hoping that he puts together a decent enough plot for once to go along with the machine on machine battles we’ve come to love. 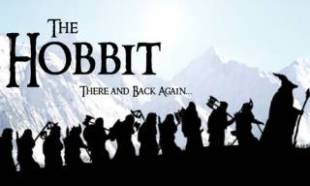 Peter Jackson’s Middle Earth movies are always an acquired taste, but if you’re looking for more action, the final film in the Hobbit Trilogy will likely be right up your alley. Focusing on the Battle of Five Armies from J.R.R. Tolkien’s classic novel, this film likely won’t disappoint even the casual fan.

Spidey kicks off the summer movie season with the sequel to 2012’s Amazing Spider-Man. The first movie was good even if it felt like something we’d already seen, but with different actors. Sony is upping the ante with the Spider-Man properties and is hoping to expand the movie universe much more than the original trilogy did (blame Avengers). Still, as much as I like Andrew Garfield better than Tobey McGuire, I can’t help but be nervous with the oversaturation of villains in the film. Even if they are being played by three amazing actors (Foxx, DeHann, and Giamatti), the last Spider-man movie with 3 villains didn’t go so well.

The last time Tom Cruise made a sci-fi summer movie, it was cinematic gold. Even last year’s Oblivion turned out to be better than expected. So, my hopes are high that this film about a futuristic soldier caught in a time loop on the last day of an apocalyptic battle, will be one of 2014’s best.

2011’s Rise of the Planet of the Apes was a sleeper hit. Andy Serkis reprising his role as lead ape, Caesar is reason enough to be excited for this sequel, but casting Gary Oldman as the leader of a human rebellion just adds to it.

Perhaps no movie on this list has had more negative press in pre-production then this one. Produced by Michael Bay, the original script was rumored to have involved the Turtles being aliens or something ridiculous like that. Regardless, as a life long fan of Leonardo, Donatello, Michelangelo, and Raphael, I am predisposed to being intrigued about how this series can be reinvented.

Look at that cast… go ahead… look at it. Ridiculous. This sequel to the 2005 comic book noir has been in development hell for almost a decade. Finally, it is almost upon us. Hopefully all of that time getting it made was spent making sure it lives up to the spectacle of the original.

For those who were perplexed by the mid-credit scene during Thor: The Dark World, it was in reference to this. There aren’t many people familiar with the source material (including your’s truly) so there is a lot of skepticism about Disney/Marvel’s last film before the release of 2015’s Avengers 2. Regardless of my lack of familiarity, Zoe Saldana, a space setting, and a talking raccoon with machine guns voiced by Bradley Cooper is enough to make me give it a chance. 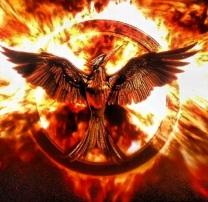 I’m a big fan of the book series. Last November’s Caching Fire managed to up the ante of the series a tad better than the first movie did so my expectations for the first film installment of Book 3 are very high.

If you watched the 3D version of Thor: The Dark World and were lucky enough to experience the extended trailer for Winter Soldier then you probably understand my excitement for this one. I enjoyed the previous Captain America movie and I’m thoroughly convinced this one could be better if not the best Marvel movie since Iron Man. Plus there’s still the added factor of setting up Avengers 2, which this film will undoubtedly lead us into.

Stop what you’re doing and go find The Raid: Redemption right now. It contains the best fight scenes ever conceived. Seriously… go watch it right now. I’m thoroughly convinced that there is no better action movie in existence. If the sequel is even half as good, it will thoroughly blow everyone’s mind like the first.

Inception, The Dark Knight Trilogy, The Prestige, Memento… all proof that Christopher Nolan literally isn’t capable of making bad movies. He is keeping his latest masterpiece close to the chest, but with the cast he has assembled it is sure to be another critical and financial hit. All that is known is that the film will center around physicist Kip Thorne’s theories of wormholes. Interesting.

If you saw the mid-credits scene in The Wolverine you can guess that this film should be epic. Fox was lucky enough to land the rights to X-Men long before Disney bought out Marvel. Now they are finally taking advantage of owning this property by expanding on the X-Men universe with tons of planned films in the near future. Bryan Singer, director of X-Men and X2, returns to direct this ambitious, time-travel ensemble film that reunites his original cast with the cast of 2011’s X-Men: First Class. If they can pull this off, it could amount to one of the best super-hero films of all time.