I already know what you’re thinking. It’s probably the same thing I thought when I saw the commercials and trailers for this film. That is; can a movie about a woman floating around space by her lonesome really be worth two hours of my time? The answer: Absolutely. 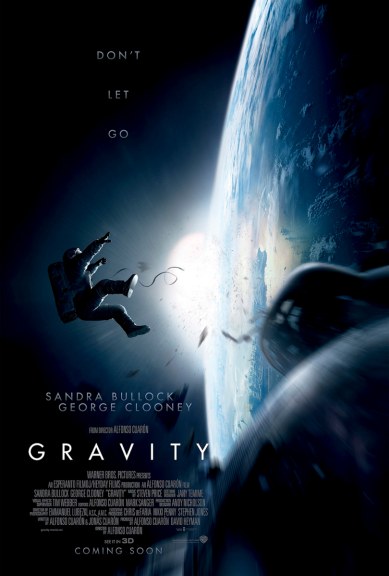 First and foremost, you’ll be happy to know that the film is far more in-depth than what has been shown in the promos (If I had to estimate, I’d say the trailers are only about 25% of the actual movie). Sandra Bullock stars as scientist Ryan Stone, who is on her first space mission to help install some new technology onto a U.S. telescope. When a catastrophic event on the other side of the world causes their mission to go horribly wrong, she and veteran astronaut Matt Kowalksi (George Clooney) are the lone survivors left to somehow find their way back down to Earth.

Think of this film as space Cast Away, but with more perilous obstacles. In fact, the film gave me a newfound respect for anyone willing to go up there (If you still want to be an astronaut after watching this film… you’re either insane or have the testicular fortitude of Evel Kinevel). The minimal cast is solid. Bullock is perfect as the rookie who must fight her fears to stay alive when seemingly all hope is lost. Her journey is one that any person who has ever lost a loved one can learn from. Clooney’s Kowalski provides just enough heart and wit to keep the film from becoming too bland.

What stands out most about this film, however, is the visuals. Director Alfonso Cuarón (Harry Potter and the Prisoner of Azkaban, Children of Men) is more than worthy of an Oscar nomination for his ability to make you feel every beautiful, vast, and terrifying moment that encompasses outer space.  For those who can afford it, it is a necessity to see it in 3D, preferably IMAX 3D where it is as if you can reach out and touch the objects floating towards the camera.

The start of the film may make it feel as though your worries are legit, but be patient. It doesn’t take long for it to pay off. With so few characters to focus on, it is easy for a film of this nature to drift and grow tiresome. But a strong lead can maintain your focus, especially when the action and suspense is as vibrant and well paced as it is here.