You’re never too old to watch a good animated movie and the movies that make up this list are timeless and great for all ages. To make it easier on myself, I’m only doing movies that have come out since my birth (1988… sorry Brave Little Toaster fans) although I am including both classic hand drawn and computer generated films. I’m also not including any anime movies or straight-to-video features. So, without further ado, here are my (emphasis on MY) Top 15 favorite animated films since 1988…

Without a doubt the film on this list that the fewest people have seen. But I couldn’t help but put this Academy Award nominated stop-motion film on my list. Incredible animation, fun characters, and a plot that molds classic horror films with a great message about being unique  even if everyone else thinks you’re weird.  If you haven’t seen it, I suggest you check it out. Favorite Moment: When one of the townspeople is approached by a zombie and must make a tough decision between running away and waiting for his potato chips to drop from the vending machine.

One of the funniest animated films I’ve ever seen. This fairy-tale satire pushes the boundaries of “children’s film” with a ton of clever jokes. If only they hadn’t driven the series into the ground with those last two terrible films. Favorite Moment: The “Welcome to Duloc” song

One of the last great hand drawn films. It’s got good action, pretty good humor, and one of the best female leads in Disney movie history. (Kudos to Eddie Murphy for being the comic relief in yet another film on this list). Favorite Moment: I know pretty much all of the lyrics to “I’ll Make a Man Out of You”… judge away. 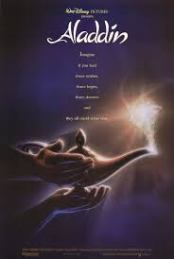 One of the first movies I ever saw in theaters. It had amazing animation (still waiting on that 3D re-release announcement from Disney) and great music. And who didn’t have a crush on Princess Jasmine? Some may think this movie is too low on the list, but I subtracted points because the main protagonist is the dullest character in the movie. Favorite Moment: Aladdin escaping the cave of wonders on the magic carpet (Again… would look great in 3D. HINT HINT Disney!!)

Disney’s somewhat failed attempt to revitalize hand drawn animated films. This movie, which was a bit of a box office disappointment, is HIGHLY underrated. Is it a bit too short? Yes. Does the love story feel rushed? Yes. But few animated films in history have more vibrant characters than this one does (Charlotte La Bouff, Louis, Mama Odie, and Ray). Extra points for being the first animated movie with an African-American lead. Favorite Moment: When Ray finally gets to be with Evangeline.

Pixar’s most impressive film. Technically speaking, it is an absolute marvel. That it is entertaining with next to no dialogue for the first half of the movie, is a testament to its narrative.  Favorite Moment: Mo, the cleaning robot, realizes something isn’t quite right when WALL-E arrives on the ship. “Whoa, whoa, whoa.” 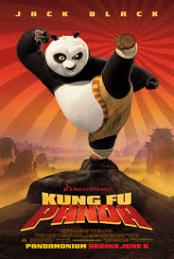 2008 was quite the year it seems (Inside joke). One of the most fun movies I’ve seen which couples a great voice cast with a good story and some Grade-A kung fu scenes. Favorite Moment: Tai Lung’s escape from prison.

Despite what some may think, this movie was released in theaters so it counts. It’s no secret that I’m a fan of the Dark Knight and this movie is essentially Batman Begins before Batman Begins. Coinciding with the critically acclaimed animated series that was my favorite of the 90’s, this film is so good it makes me wonder why they didn’t just use the script for a live-action movie. Favorite Moment: Any scene with Mark Hamill’s Joker. 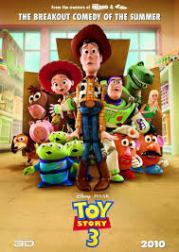 Arguably the best third film in any film trilogy. If the final minutes don’t make you tear up just a bit, then you might not have a soul. Favorite Moment: Ken models his wardrobe for Barbie.

A modern classic and one of the best musicals in existence. It also just happens to have some pretty good laughs too, not to mention one of the best and most hated Disney villains. Favorite Moment: Apparently no one does anything as well as Gaston.

Another classic with a great father-son story. There are so many funny characters, from the sharks who don’t eat fish to the Dentist Office “Tank Gang”, but we all know it’s Ellen DeGeneres’ Dory that steals the show. If only we didn’t have to wait ‘til 2016 for the sequel. Favorite Moment: The school children share their handicaps with Nemo, one of which is particularly funny. “I’m Obnoxious!”

An absolute classic for anyone who has ever played a video game and one of the best 3D experiences I’ve ever had. Several times it felt like I could grab a controller and start playing with the characters in the movie. Even better, the film has a great story with a ton of heart. Favorite Moment: The Mario Kart-like final race between all of the characters in Sugar Rush.

This may be too-high to some, but with my love for all things super heroic, this is no surprise. A film that boasts a great soundtrack with tons of fun, original characters, this movie is everything that makes superheroes awesome coupled with a great family theme. Favorite Moment: Superhero costume designer Edna tells Mr. Incredible why she doesn’t approve of capes.

The OG of computer generated animation. Groundbreaking for its time, this film single handedly started the demise of hand drawn animation. It helps that it had a unique story which included a fantastic “enemies become best friends” plotline. Favorite Moment: Buzz Lightyear is Mrs. Nesbit

The classic of classics. I saw this movie six times in theaters as a kid. Every character is great. Every joke makes you laugh. Every song makes you want to sing. And Scar is one of the best villains of all time. Mufasa’s death is still the “Bambi’s mother gets shot” moment for anyone born after 1985. Simply put, no movie on this list is as timeless as the Lion King. (It also looks incredible in 3D). Favorite Moment: Two words… Hakuna Matata.

That’s it! Disagree? Feel like I left something off? Feel free to leave comments. More countdown lists to come