There always seems to be a certain charm about Mob movies. The lingo. The sense of camaraderie. The style. All captivating elements of the genre that have made films like The Godfather and Goodfellas classics. The Family seeks to take these elements and mix them with a dose of comedy. 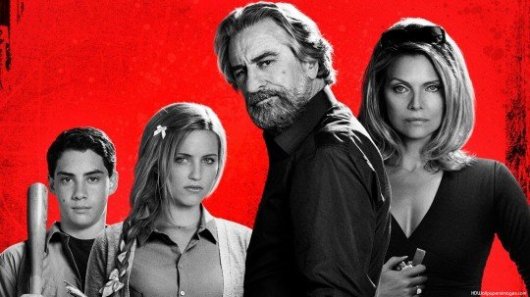 The film’s premise is simple enough. Robert De Niro (who plays the mobster role a little too well if you ask me) and his Brooklyn born, Italian family move to Normandy under the witness protection program. There, his family struggles to assimilate to both normal non-mob life as well as with living amongst French culture. Michele Pfeiffer stars as De Niro’s equally temperamental wife. Diana Agron and John D’Leo play their savvy and tough children. Tommy Lee-Jones appears as the FBI agent entrusted with keeping an eye on the family.

As a comedy, the movie somewhat falls flat. There are a few chuckles here and there, but nothing that makes you think twice (Most of it can be found in the trailers). The funniest moment is probably the clever little shout out given to De Niro’s previous mob-film, Goodfellas. Ironically, though, Goodfellas is probably the funnier of the two movies.

Sadly enough, the movie also fails to deliver as a crime film. It’s paced a bit too slow for a film with an ending that is predictably inevitable (I found myself checking my watch several times). And while the cast is likable, each has at least one moment where their character makes a head-scratchigly dumb mistake. Why throw a barbecue and invite the entire town when you’re supposed to be lying low? And shouldn’t you have an alibi before you set up shop in a new town to avoid people asking avoidable questions? Also, at some point, it would’ve been nice to know what De Niro’s Giovanni Maznoni had done to put the family in danger in the first place.

There were so many unanswered questions and yet there were plenty of opportunities to answer them. All of these problems might’ve been forgivable if there were more laughs outside of the first twenty minutes. An ending in which none of the main characters seems to learn any kind of lesson or experience any personal growth doesn’t help either.